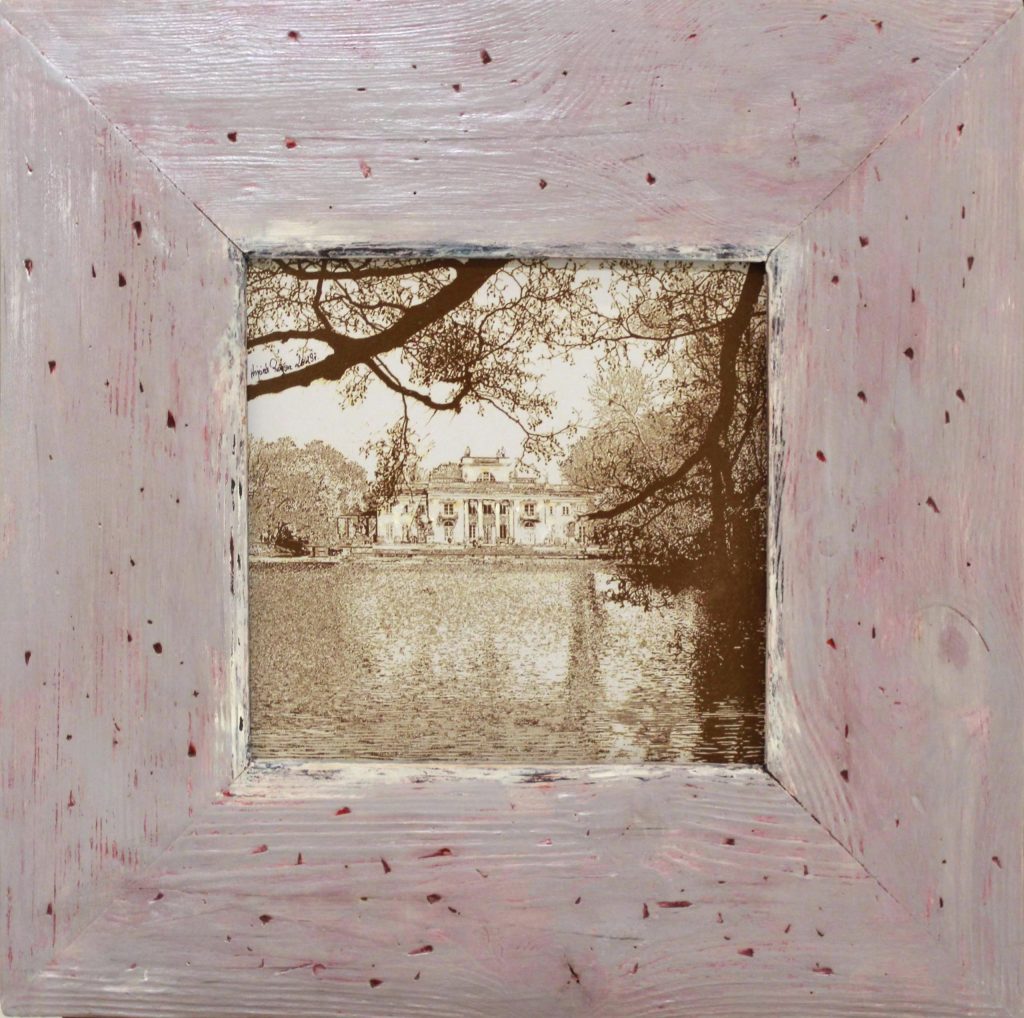 The graphic design on the plate takes the paint, which is then transferred onto paper by means of a special graphic press.

The plate and its paint constitutes a unique form of painting in itself. This technique was very popular at the turn of the 19th and 20th centuries. It was the most popular graphic technique in the first half of the 20th century. Each painting created with this technique is characterised by significant and colourful individuality, one of a kind, exceptional and unique.

In Poland, the late master of this technique was Professor Roman Artymowski from the Academy of Fine Arts in Warsaw. 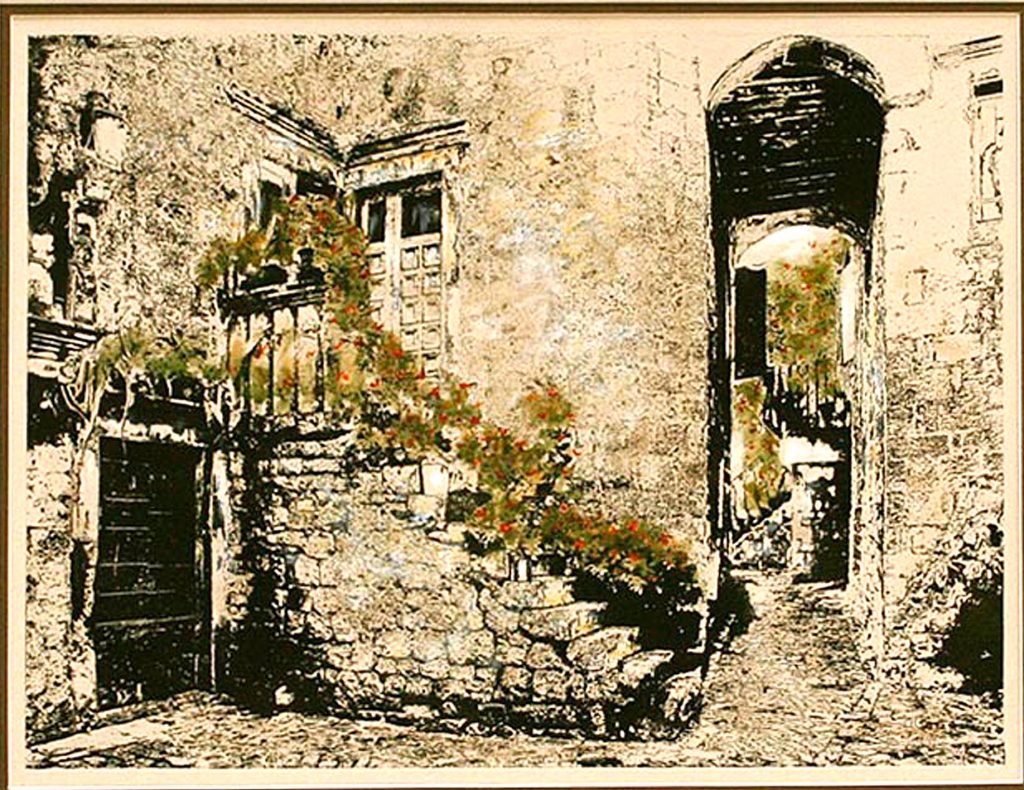 My work uses a combination of algraphy and acrylics,

Most often I select a graphic undercoat from a wide range of browns (from warm to cold), on which I apply accents in various, rather strong colours (e.g. green or red) using painting methods. In this technique, the sequence of applying the colour layers is important. First a brown undercoat is applied, and then once it is completely dry the colour accents are applied.

I perform work in mixed techniques on aluminium sheet, as well as on artistic cartons (Hahnemühle, Fabriano, Canson, Bainbridge), on board or canvas.